PLUTO as a game map or maps 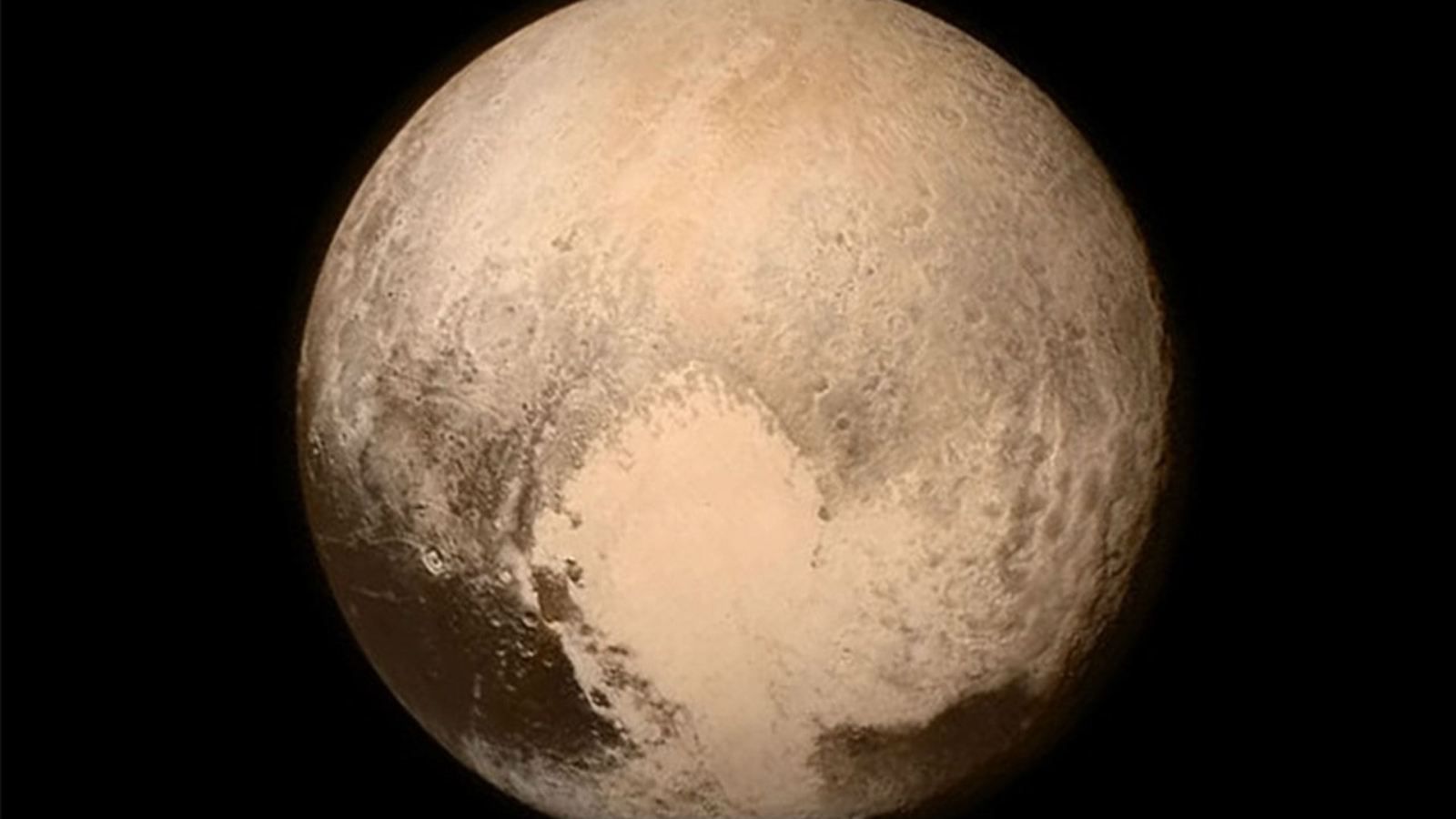 This topic is for using Pluto and/or its system of FIVE (YES 5!)moons as a place to battle over or as a backdrop to a battle near it. Besides the fact no game company has made a game that included a playable area of Pluto(or if they had, it was guess work) and Greybox/Yager could be the first to include the planetoid in a game ever. There are other facts and story reasons for Pluto to be in the game as a playable area(s):
-Its the last sizable object before the solar system ends.
-Its proximity to the Kuiper Belt make it ideal locations for mining corps. bases/cities.
-being the last sizable object in the solar system makes it a strategic point for any nation attacking or defending the solar system.
-etc. I would love fight besides Pluto too :)

Could you put an ice cream seller on Pluto then ? I think all men would like to eat sweet cold thing after a hot fight !

Pluto's nitrogen ice creams ! Because the edge of the solar system always hide your dreams !

Waiting Carrier.exe to be present in Dreadnought.
Please wait...

While we are at it, we could even allow for beam weapons to punch through the planet to the otherside... or tac nukes to ripple accross the planet kicking up frost and particles as a kind of smoke screen. lol

Yiss, with nitrogen you can make some icecream pretty fast and easily.
With much much nitrogen for carraces and icecream we got now another thing next to the diamond rain on Saturn and Jupiter on "Why to go to other planets"

@Tuxpenguind: That would be somewhat of light "Levolution" I think. Definetly not easy to implement, but really fun to play around and actually use it in the game. However beams going through the planet (o.0) that might be a bit too much xD

But Nukes rippling up smoke and particles would be a nice side-effect, too. So after the impact there could be a shockwave radially moving away from the Point of impact and some seconds later the smoke starts to go up in the air and give visual cover.

I think it would be really great to fight near a sun in the shadow of a huge solar power plant space station or fighting in an asteroid belt of a big planet. Or fighting in a dense nebula (yeah, i know, these nebulas aren't like clouds, but it would be very cool. Too lose sight on a ship in space because you see nothing. Always loved that in Freelancer in these big nebulas where you just saw nothing and you were in the middle of a cosmic storm with lightings n everything). Fighting in the higher atmosphere of a gas planet. Like Bespin in Star Wars. Or on a really active planet (Vulcan's everywhere?). I always wanted to be part of the big space battle over Coruscant. Wouldn't that be cool? :D