We sat down with Eric Santana to chat about the in's and out's of what it's like working Technical Support at Six Foot. 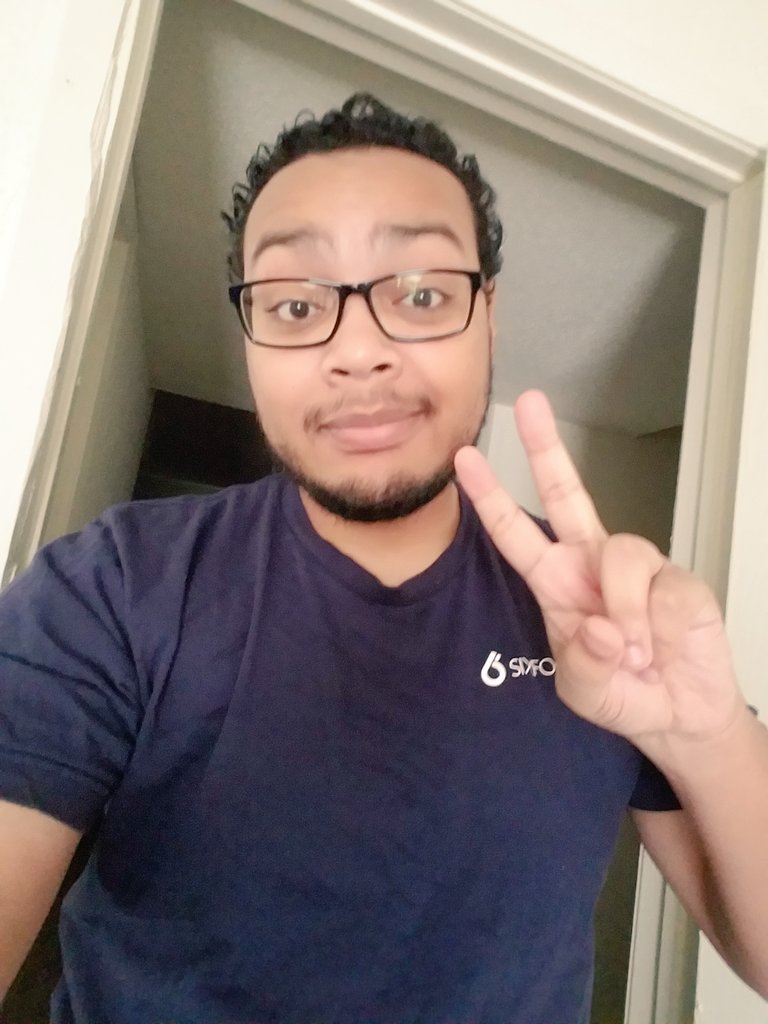 // What is it you do at Six Foot, Eric?
I am a Technical Support agent specifically in the Spanish realm. I help players both with their account issues and their technical issues; being able to play, log in, download the game or patch, and so on for all of our Grey Box titles (Grey Goo, Rime, and of course Dreadnought). I am actually pretty new to Six Foot, my first year ended here in October.

// One of the things folks ask about is how you got started. What was your path to getting where you are now?
So honestly I worked a lot of retail as a kid. I guess my first "video game" stuff was working at GameStop. Via social media and friends working on [game] projects created connections with people in the area, I eventually met people that worked at Six Foot and found this amazing job and applied and here I am.

// Awesome! What is it about working Customer Support, particularly here in-studio, that people may not know about?
I think one of the things that interested me the most, is how vast the places are that people play our games. I've run into players obviously in North America, South America because I help with the Spanish queue, but seeing Eastern European, South East Asia, so you get like Philippians and Japan too. So you get a ticket that's like at 7 am for us. But that means its basically after midnight for them. I think its cool how vast the network is of people playing and hanging out. Just seeing how similar internet culture is. Some of the language that makes it back and forth across languages is really cool.

Also I do really enjoy the thank you's that you get from those players from those places when you help them. Specifically when they feel like they aren't communicating as effectively as they would want to. We help them, and try our best to get to the root of their issue and seeing how they appreciate that effort is awesome. Our game is localized in German and we do have a team that is specifically German and helps us out. For other languages, I'm like "dude, you're going out of your way to reach out to us and doing me the favor by doing your best to give me all the information you can. I'm going to do all I can to help you out in the languages I can." We are spoiled as English speakers.

// One of the things we love hearing about, especially from groups like CS or QA, is some of the crazy stories y'all have. Do you have any cool examples of some fun broken things?
The crazy stuff isn't even broken things. It's how people give permissions to their account to other people. So like we've seen terrible break ups and they'll be "somebody spent all my GP!" and the ex-girlfriend will have the password and we go in and have reset all that. Don't share your passwords! I think less crazy but super real is that human element. Like, people will sometimes call in with some crazy stuff and be upset, and we are here to help. Someone is mad and we're calm and want to fix it. I try to be a friend, as opposed to accusatory. The last thing you want to do is go look for help and hear "oh no we can't."

// I gotta say, y'all in CS are some of the just genuinely nicest people.
You gotta be nice. Some the vitriol out there, particularly with anonymity and the internet, people can be mean. Especially when something they love is being messed up. And you can't take that to heart, it's not the job for you [if you do]. It's always cool to see, like maybe not the stuff you see in chat sometimes, but like being upset I understand because in a way that means they care. They care about the game. They want it to be awesome, they wanna play a super fun game. So someone can be upset and call in and its like "ok, what can we do to help? What can we do to make this better?" And we play too. We get it. Let's fix this and get back to the fun.

// What does an average day look like for you?
So the start of the day, especially in Tech Support, is going over any update notes. When we get patches, when modules change, when anything in the game switches there can be somebody who hasn't logged in in a month. We've had a few hot fixes or a ship change. And they call in, so we gotta be plugged in. The fun part, speaking of saltiness of players in chat, is we look over all the naughty stuff people say in-game. Check the chat log, make sure if you're saying something bad its to your buddies and its not in All Chat, things like that. Then we handle the tickets and the calls. Getting to players that are having immediate issues first. Responding to players that may have had an issue that was fixed in a recent update, letting them know the game's been patched and they should check it out. Or of someone had a common issue, we have some best practices.

We also help out the QA team with "community bugs" from the in-game reporter or the console. Some of those are CS issues that we can fix. Like "hey I bought a week of Elite Status but I'm not seeing the bonuses," sometimes we see they have like multiple accounts and bought it on the wrong one or something. Sometimes it's human error, sometimes it's our fault and we fix it best we can. Basically, we work through the queues of tickets and issues from the previous night or new stuff. If I don't know the answer I find someone on the team who does.

// That's kinda neat. What's it like having the whole of CS in-house next to everyone and being all in the same space?
One of the cool things, specifically on the Tech Support side, is that we all have a different OS on our machine. So some people will be on Windows 10, some on different patches or updates, and that's a great way to get a diverse sort of look at issues. We know that some gamers don't always update or have a preference. I personally like Windows 7 instead of 10 so that's what I have. It's cool to have everyone here, and if something comes in we have a better understanding of what could be the issue.

Another great thing is to bounce info around. We all are there, so if something comes in the queue we all know what's going on. We can get help from one another, and like if one person has an issue another one may have the fix from earlier that day. It's super helpful, and makes our service that much better for the players.

// So outside of work, what do you get up to?
I really like video games. I play a lot of RPGs. A lot of my friends stream so I like moderating their shows. I don't necessarily like to steam often, but I like supporting them because that's a hard thing to do.

// You're sorta never not working then huh?
Ha ha, I guess so. The support job I take seriously and it's part of my personality. I just like supporting and being there to help out. It's fun

Outside of games, my passion is music. I like to make music, I play the trumpet. I listen to all types of music, going to all kinds of shows nearby from like EDM to old spanish music from my parents' days. Being from the east coast originally, I was worried about moving to the south and being in Texas but Houston has surprised me. It's insanely diverse. I'd expect that from like the New Yorks and the LAs but Houston has that same vibe. All sorts of different music scenes.

// Awesome! Well thanks for chatting with us Eric. Anything you'd like to say before we wrap?
Mostly, when you have a problem and you feel like theres nobody that can help you right away, the support team is available at all times. If theres something thats bothering you right away, and you can't find the answer on the forums, send us a ticket! We are in constant chat with the QA team, with the Community team, and we're here to help. Some people don't like getting on the phone and thats cool, and oppositely some people want to talk to a real person. We have all of that. The person you're gonna talk to is me, and whatever's more comfortable for you we can do it. And if its a bug that needs to be fixed, we'll let you know when it is if we can't resolve it right away.

// Right on! Thanks for taking the time to speak with us.
My pleasure, of course. Thanks!

Also check out our previous interview with Drew from QA here!

...but you gotta endure! I'm not gonna stop sometime soon!