Don't worry.
I heard they are making brand-new youtube promo channell with new trailer, lots of game guides, streams and activities.
Be sure this will bring a lots of new players, and a next era of dreadnought!

Topic: Game play has been good!

There are no developers working on a game for a long time.
Actual Developers of dreadnought sold the game to 6foot and left before Steam relese.
There are no coders or actual game-designers working on this game anymore.
Ones you call here "devs" are just bunch of unexperienced managers and low-class designers that were barely able to change some game UI assets without bugging everything else.

A classic example how greed, ignorance and lack of experience can ruin a great win-win concept.

Topic: Remove squads until there is a larger population base.

Actually, I leave matches when the team I am on is obviously going to win, or sometimes I use a T4 fitted with T3 mods.

If I am thrown into a match with a squad that is on my team, I will sometimes leave as well, because while they are not working with the team they are only supporting each other.

That's a lies. I played with different squads, and they always doing their best to support weaker players, beacuse their efficienty is very important for the victory. Everyone knows that t3 ships are often focused as easy targets, so squad healers spend most their time supporting them, and healing squad members only when asked.

I also leave matches when it's obvious the other team is going to win and their is absolutely nothing that can be done to win the match.

In my case teams were evenly matched, and we had higher score half time in that match. Still, you left.

These matches in my opinion are not a challenge, nor fair either to my team or the other. I want fair matches where it's tactics, ship fittings, teamwork that make the difference. Not a team working within a team ignoring others on their team, nor matches where the other side has a squad and because of the matching system the other team has no AI where mine does.

I think this is a lies. You just want easy games personally for you. If I wrong - why did you bailed from my team?

My intent is not to support a matching system that creates unfair matches. I play plenty where my team is the underdog. I also strictly play solo. Just yesterday when I made this post, I played 10 matches regardless of how the teams were skewed where my teams lost 10 times in a row. Even if I am personally the worst player in the game, that should never ever happen but because a squad was matching against my teams every time, it did.

Excuses and victimizing yourself.

I am here to have fun, to play fair matches that are a challenge. Not matches where they are not a challenge because the outcome on my opinion is already skewed in favor of the other team or mine is favored against the opposing team. I don't like easy wins, I don't like obvious losses and I refuse to contribute to a broken matching system. In my opinion that is buying into a broken system and accepting it the way it stands.

Once again- you just left from a balanced match. Stop being such a hypocrite.

Just got bck from a match, where Hephaestus left the game from the start. 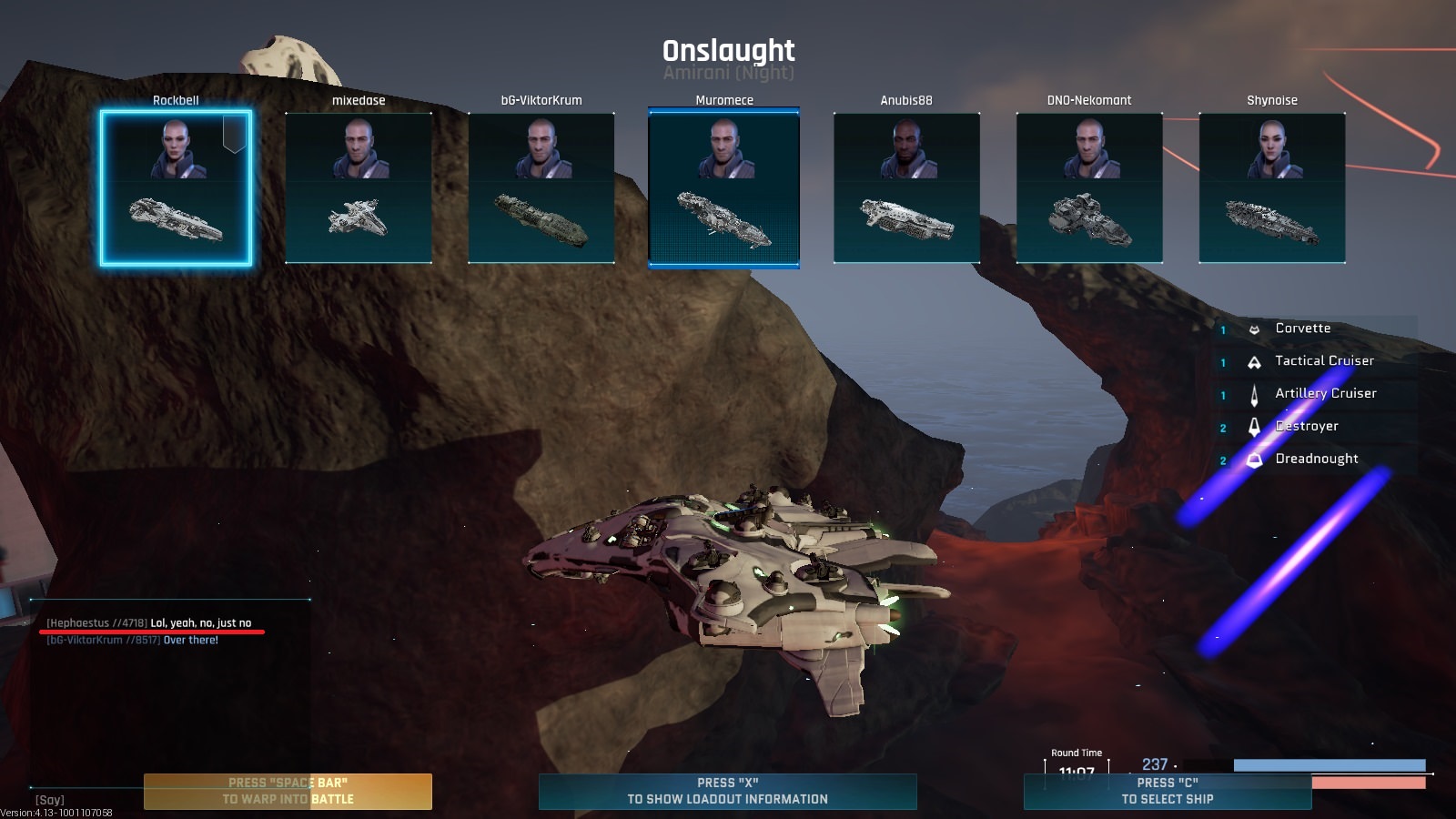 We played with less numbers until the end, and were pretty close to victory at some point. 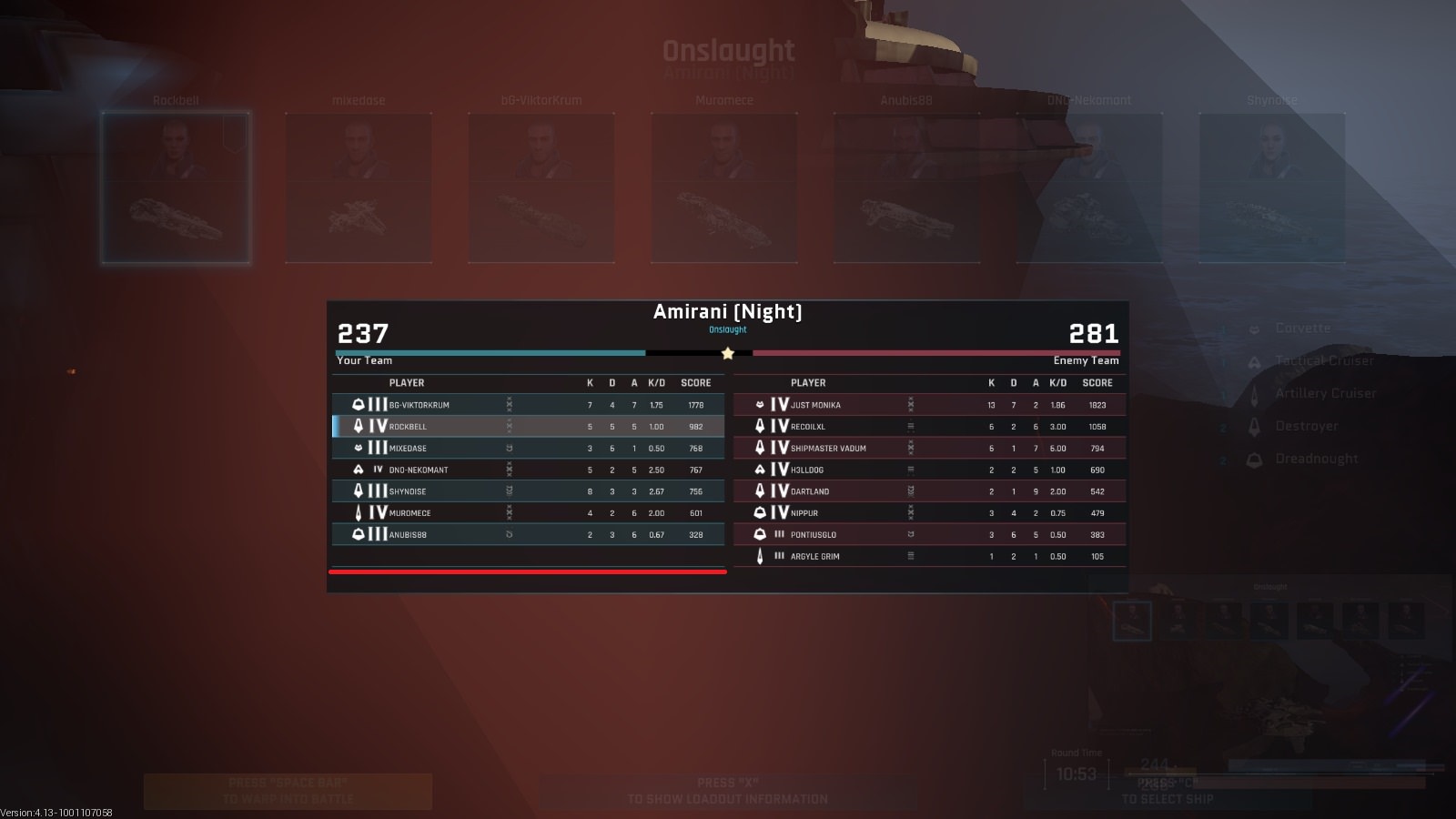 It was expected from him, due to his attitude to matchmaking, which he states in forum signature:

I will sometimes bail on a match if it's obvious my team is at a serious disadvantage and a win or decent score is impossible.

My team had a squad (I'm with Neko and Muromece was streaming), and four 50 level players overall. Enemy team probably had a squad too (worked pretty coordinated) and three level 50 players.
Maybe I'm missing something, but doesnt that looks evenly matched? I think we might even win this if matchmaking added AI or other player insted of Hephaestus, that bailed from a balanced match, probably afraid of someone, or just avoided a challenge, preferring to play against low level noobs.

Anyway, developers should know truth about the hypocricy of person giving them matchmaking feedback.

Considering punishing leavers would be appreciated too, because in this case one player just ruined a match for his team, and made a streamer show really bad side of dreadnought community.

Wow, taking decorative parts from a players that were first ones to reach t5 more than a year ago..
And probably did it specially for skins back then.

That's just.. so low.
Good job devs. You are great at supporting PS4 players ego. And that's it.

Im just saying that 2 pages of discussion isnt enough feedback for a game with hundreds of players, to pass it to developers at this point.

There's actually only one person talking to himself, and criticizing everybody's opinion if it slightly different from his.
Just look at his excuses which will appear right after this message in a short while. Because people like him just see everything as "my" and "wrong" stuff.

Nice "feedback" gathering, though. Barely 2+ pages of discussion, which are 80% filled with posts of one person.
Just hire him in a dev team already, if nobody else opinion is matters to you, Tytyes.

I wonder if you like him more then anyone, or just doing your job as a CM that bad?