But this will change drastically once T4 will be attached to Legendary exclusively. Expect a lot more legendary matches to happen by then leading to way shorter queue times.

Maybe, maybe not. Because i am not sure, if i will follow that route. I will test legendary battles with my T4 ships, sure (have not unlocked a single T5, all my T4 just got the first module set, and some even have T3 stuff). But if it to much of a mess, then i go back to T3 and stay there. I don´t see a good reason to progress (every bracket can be fun), and just being forced into legendary, so that the already fully equipped can have fun... meeehhhh, i don´t think so.

TurretKingVIII#5766 posted (#post-227172) said:
The third is just probably my game, but if (i guess) a lot is happening on screen (say im surrounded by four ships and we are all firing guns) the audio becomes very weird and distorted until I die or move away from it

The third one sounds like the same problem, i encounter, see (video) here: https://www.greybox.com/dreadnought/en/forum/topic/140194/

The second one, the horn you hear, sounds like the new nuke alert.

We appreciate the feedback everyone, but these logos are here to stay. Do know I'll certainly carry it along.

See, again i wonder, WHO had this idea, that it had to be changed. Who complained about the logos? Based on what feedback did this change happen? Who thought, that the customers would like it, or the design of the new ones?

This is not against you, but if you say, they are here to stay, while there are indeed complaints against them, well, do you think, thats wise? Every customer have a limit about how much changes he is willing to accept, before leaving. Do you think, such behavior satisfy the customers and make them stay longer?

And right now, it sounds as if our feedback is just a waste of time, since its ignored anyways.

Agree with that. The old logos were unique and fitting with their ships, the new ones look like some enforced america vs russia theme.
So yeah, bring them back (oh, and they HAD colors ^.^) 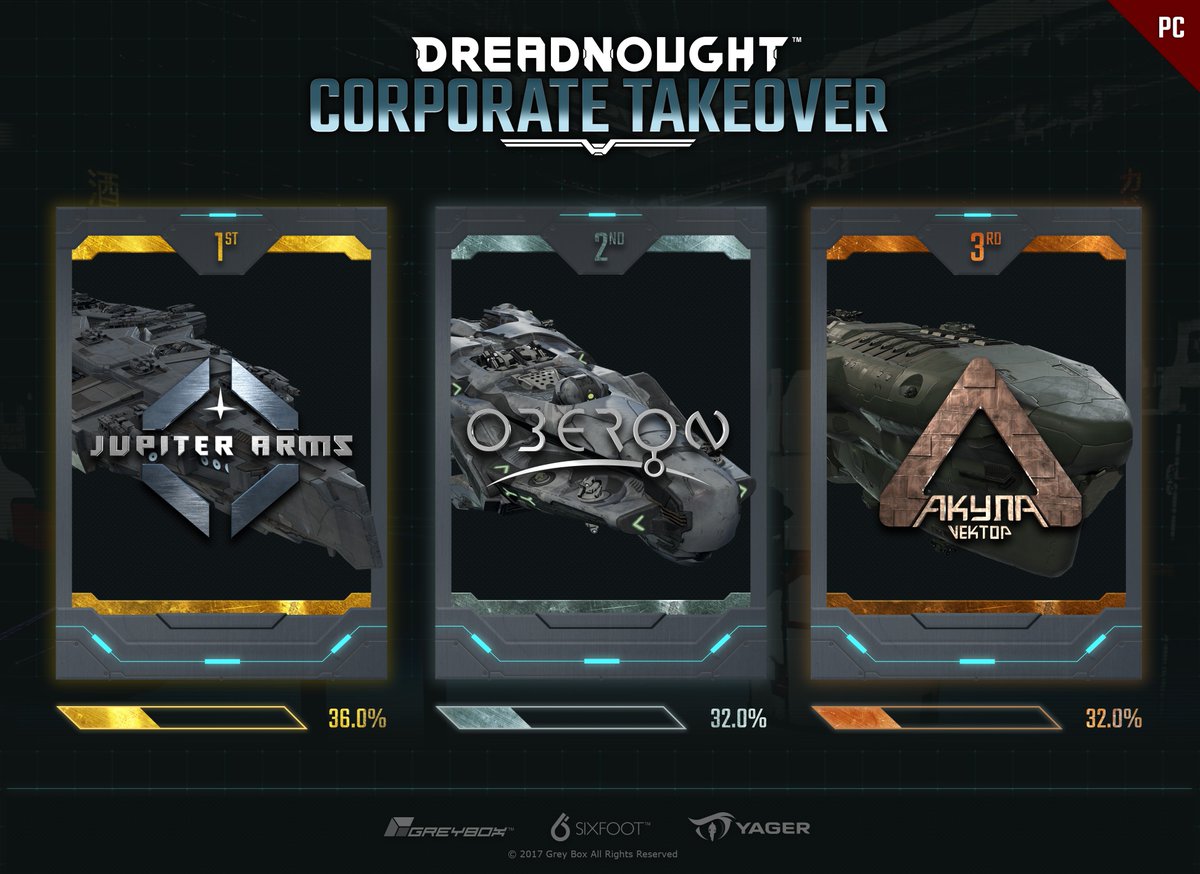 We appreciate the feedback. We know this patch was full of a BUNCH of new things, and we were prepared to receive feedback and bugs.

The thing i often wonder about: WHO asked for several audio changes? Did anybody in the forums, discord or whereever you get your feedback from (where would that be?), complain about the old sounds?
Please, this is NOT about buggy playback or distorted sounds caused by bad implemented audio systems, its about replacing old soundfiles with new ones.

You just don´t have to to replace them, just because someone in your company feel, there should be a change in that part. You ask your customers first, what they think about such a major change (did this happen anywhere?), and if they aren´t pleased with it, then you throw that idea out of the window (if a compromise is not possible). Because, at the end of the day, it´s the customers, who have to like your game, because they are thoe ones, that pay your bills.
You can extend that to such unnecessary changes like the ingame company logos too (i like the old ones, the new are... well, new logo +throw +window), not to mention the UI (you could make that optional...).

Ok, have reported it with the ingame Bug report too.

As soon, as there are some more ships close together and several more soundfiles are played, the sound starts to stutter, while the game itself still runs smooth and without other problems.
See for example timeindex 0:50 and 2:30

Please note, that this never happened before the last update, or anywhere during the complete beta. Its new since the steam release. And it does not matter, if i choose stereo or one of the dolby surround sounds.

My sounds are one big mess. As soon as there are more than three or 4 ships, it becomes an endless stutter and hopeless broken thing, as if there are too many soundfiles played at once (not,e it could handle everything perfect before steam release).

Topic: Pros of the Minimap

The point of having zoom is to give every player the option to see as much or less, as he want. This does not mean, that the player expect to see enemy units, that are out of radar range or hidden by terrain (or the good old fog of war), nope, such units would still pop up out of nowhere, if they get in visible range. You must differ between seeing the map/the landscape and seein all units on that map too.

To make it easier to understand, imagine a map size of 50km, your ability to see enemies on your map too depends on your ship radar and may be 5km for this scenario, so you would only see enemies within 5km radius (evenif you can see their ship silhouette from way further away). However, the minimap zoom would allow you to show more than just those 5km of the map, even if you cannot see then enemies on it, that are further away. So you could zoom your minimap from showing just your radar range - 5km to... lets say 8 or 10km. This zoom would not affect your radar range.
It helps to have a better overview over the general terrain, and where to go next.

Its for respawn and reorientation. if you respawn at worlds end, and have no clue, where everyone is, because your minimap just shows a little piece of the full map, then its hard to get back to the action. But if you could open an addittional map, that shows the full level and just highlights your allies (and maybe the enemies within their radar range), then you know within seconds, in which direction you have to fly.